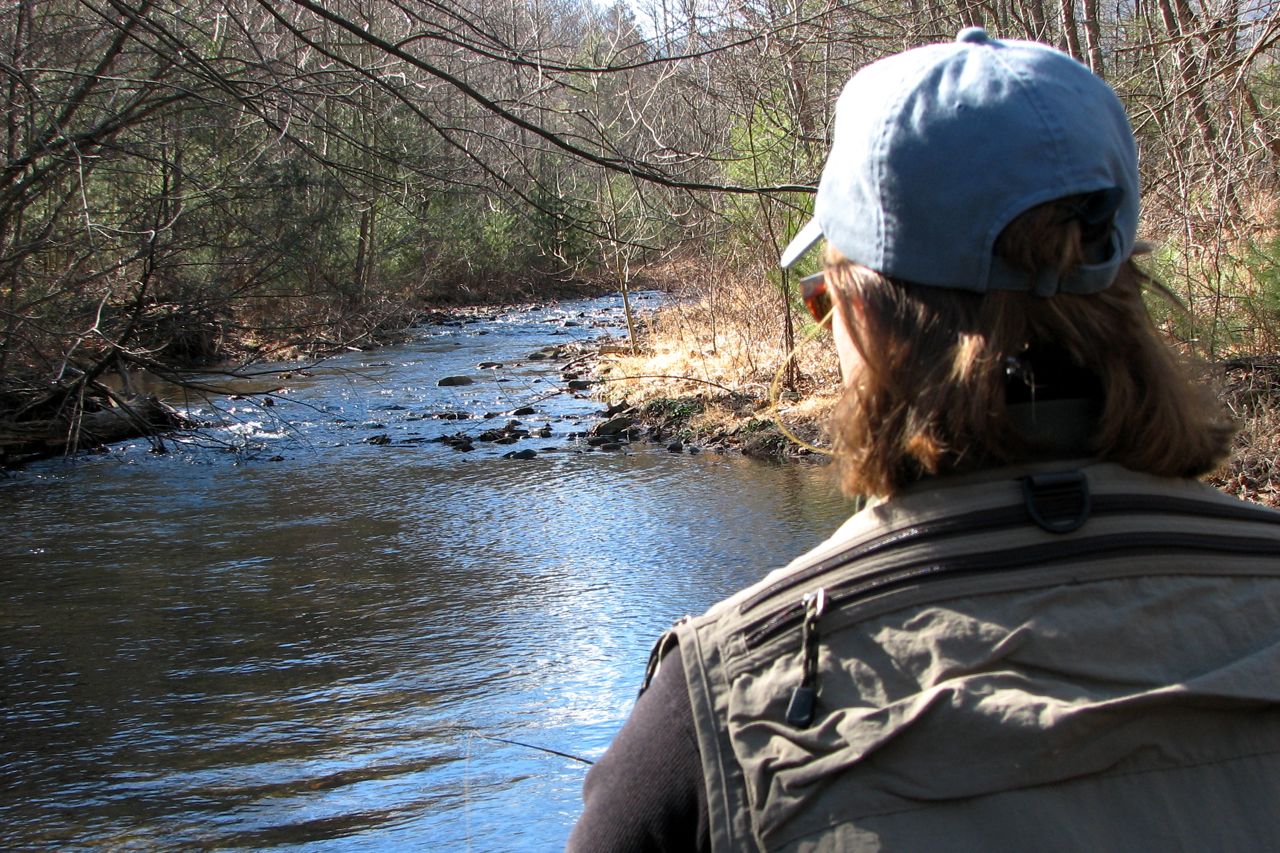 The reelection of President Obama combined with Democrats gaining seats in the both houses of Congress and a clear repudiation of the extreme views of the GOP provide those of us who treasure our public lands an important opportunity.

The community of sportsmen, outdoor enthusiasts and public land advocates have a chance to press for those things that will secure a legacy for public lands and to defeat the agenda of the remaining right wing zealots who may see the election as a reason to double down on their assault on public lands.

The opportunity lies in showing Congress that public lands are essential to our quality of life, a critical economic contributor and that the American people value them.

To Carpe this particular Diem public land advocates must present a united front around a common agenda. With that agenda in hand they need to present a clear and compelling message that without our public lands a important part of the U.S. economy is placed in jeopardy and the American public will lose critical recreation, health and environmental infrastructure.

The good news is a lot of groundwork has been done. Coalitions, trade associations and non-governmental organizations have been tirelessly at work gathering and sharing economic and public opinion information, creating messages that give meaning to that data and identifying congressional champions to help transform that information into legislative action.

In addition, the Obama administration has shown its support for public lands. The America’s Great Outdoors initiative is a strategic conservation and recreation agenda and provides important information about public land success and the views of the American people.

Can these groups, with somewhat different agendas, find time to sit down and craft a common and more importantly an achievable agenda? Can they agree that the opportunity to achieve durable public policy is fleeting and that if we don’t speak with one voice then our chances of success is diminished? That remains to be seen.

Now is the time for the leaders of the coalitions, trade associations and NGOs to reach out to each other and commit to a common agenda, sharing resources and working together. If that happens then durable public lands policy can be achieved.

Stay tuned! In coming posts I will write about what the agenda might include and who the champions might be.

I put my AFFTA hat on last Friday to participate in the White House Conference on Conservation. The conference was excellent and while I often grouse about having to “go to DC” this was time well spent.

The theme for the conference was “Growing America’s Outdoor Heritage and Economy.” A theme that is near and dear to our heart here at Dispatches. The drum beat of “habitat equals opportunity equals economic activity” is getting louder and I couldn’t be happier. It is to the great credit that the Administration, especially the Department of Interior, is championing the economic value of the conservation and outdoor recreation.

The conference was part of the on-going America’s Great Outdoors initiative. The “on-going” is important to note. Since the Obama Administration rolled AGO out under the capable guidance of Interior Secretary Ken Salazar and his team, they have kept stakeholders and the public informed and engaged. This conference was the latest example.

The purpose of the conference was to “engage directly with conservation leaders from all 50 states to strengthen partnerships and identify next steps in advancing community-driven conservation and outdoor recreation initiatives that are building strong local economies and healthy lands, waters and wildlife across America.

Joining Salazar at the conference were Nancy Sutley, Chair of the White House Council on Environmental Quality, Agriculture Secretary Tom Vilsack, Assistant Secretary of the Army for Civil Works Jo-Ellen Darcy and EPA Administrator Lisa Jackson. Each participated in panel discussions to help frame the discussions in breakout sessions later in the day.

The three panels during the conference were (the links take you to videos of the panels):

Each panel was moderated by an administration official with remarks from folks who have experience or involvement in the subject areas. Of special note was Dave Perkins Vice-Chairman of the Orvis Company. Perkins was part of the Restoring Rivers panel and did a great job in connecting the dots to the economic contributions of river recreation and restoration. Having a major player from the fly-fishing industry was important recognition of both the economic and conservation contributions the industry makes.

The capstone to the day came with remarks from President Obama. Having the President come to Interior underscores the importance the administration puts on conservation and the impact of the recreational economy.

In order for folks to talk about specific interests there were 11 breakout sessions:

These breakout sessions were used to learn from stakeholders what was working in the AGO initiative and more importantly what needed to be done.

I attended the Rivers Restoration and Recreation session moderated by Rock Salt from the Dept. of the Army (Civil Works) and Rebecca Wodder from Interior.

Wodder framed the discussion by asking, when it came to rivers, what works and what needs work.

Earlier in the week, Salazar had signed a Secretarial Order establishing a National Water Trails system under the National Trails System Act.

“The order sets the framework for Secretarial designation of water trails that will help facilitate outdoor recreation on waterways in and around urban areas, and provide national recognition and resources to existing, local water trails.”

Many in the room pointed to the new National Water Trails as an important step forward and one that has great potential to provide stakeholders a way to promote water-based outdoor recreation, encourage community stewardship of local waterways, and promote tourism that fuels local economies across America.

From AFFTA’s perspective, this is a great opportunity. It really is very simple, rivers are our business, they are the principal venues for our customers and clients. There is an indisputable nexus between the health of a river and its viability as a recreational resource.

I used the case of the Colorado River and its tributaries as an example. It was one the Secretary was familiar: “It’s a mecca of economic development in outdoor recreation, and that needs to be recognized in how we manage the Colorado River System.”   I encouraged them to remind Secretary Salazar and Asst Secretary Darcy to keep those economic impacts in mind when making decisions that affect water supply and quality.

I know that my AFFTA colleagues will welcome the chance to work on making the new National Water Trails system a recreational and economic success.

Salazar also announced that is working with the Secretary Vilsack and Commerce Secretary John Bryson on a Memorandum of Agreement to ensure that Federal resources are effectively focused in support of the collaborative conservation efforts of the National Fish Habitat Partnership.

The National Fish Habitat Partnerships provide local, public-private conservation partnerships that are the foundation of the three part equation, “Habitat = Recreational Opportunity = Economic Activity, which so important to AFFTA. Healthy habitat and clean water create the venues for AFFTA member’s customers and clients.

As a member of the steering committee of the Eastern Brook Trout Joint Venture, one of the 18 National Fish Habitat Partnerships, I know that a well coordinated effort with the various federal agencies can only help the EBTJV continue its successful efforts to ensure healthy, fishable brook trout populations throughout its historic range.

As someone who is often cynical about the value of these types of get togethers, this one was a winner. Sure there is more to be done but the America’s Great Outdoors initiative has been a lot more than rhetoric. The President has shown his support, traveling to the Department of Interior twice and hosting a gathering at the White House. There are AGO projects in 50 states.

Now with this engagement on rivers and fish habitat there is a new opportunity for anglers and the sport fishing industry. That can only be a good thing.

When it comes right down to it, it really is this simple: healthy habitat = recreational opportunity = economic activity.

“The great outdoors has fueled centuries of economic activity through recreation and natural resource management, and it continues to employ millions of people today. The Outdoor Industry Association reports that outdoor recreation in the United States—from hunting and fishing to hiking and camping—contributes an estimated $730 billion to the U.S. economy. The “recreation economy” supports nearly 6.5 million jobs. It generates $88 billion in annual state and national tax revenue and $289 billion annually in retail sales and services. From the largest parks to the smallest historic sites and memorials, National Park Service areas alone see over 280 million visitors. They generate $12 billion in visitor spending that supports nearly 250,000 jobs. As part of the leisure and hospitality sector, the fifth-largest employer in America, the recreation industry has proven resilient in tough times. It shed only three percent of its workforce from 2007 to 2010 and maintained non-exportable jobs tied to places where people live and recreate right here in the United States. Maintaining this industry hinges on an accessible and healthy America’s Great Outdoors.”

There is lot’s of good information in the AGO Progress report and it not only details the progress to date, it provides action items to be accomplished going forward. Hopefully many of the action steps will take place and the country can reap the economic and societal benefits of a strong outdoor economy.

Senator Warner wrote about the value of our rivers as blue ways or water trails:

“A water trail or blueway is a dedicated stretch of river that enjoys special clean-water safeguards and is a destination for fishing, boating and other recreation. Water trails also benefit our economy, bringing valuable tourist dollars to local businesses and providing recreation-related jobs for Virginians.”

Virginia’s rivers are a gift in many ways. Hopefully when the America’s Great Outdoors report is released tomorrow it will include, as Senator Warner hopes, strong support for rivers and water across the county.

By making rivers the centerpiece of America’s Great Outdoors, the administration will ensure the rivers of our states will flow with beauty and vitality, enriching lives for generations to come.