Editor’s note: This article also appears in From the Waterfront, the Marine Fish Conservation Network’s blog.

Isolation, self-imposed or otherwise, provides a time for reflection. Last weekend I sat down to gather my thoughts on the current state of affairs, and here is where I landed.

First off, my days are not significantly different from my regular routine. I have been working from home for more than a decade. Conference calls, video chats, emails, etc. are all pretty routine. As a side note, dogs and children in the background of calls and video chats are a sign of life and, I would argue, a reaffirmation of life.

I have a separate room for an office, the amenities are numerous and convenient, and the commute is non-existent. My guiding side hustle has taken a beating, but I don’t rely on the income, and it has freed up time for me to get out fishing on my own. I am grateful for relaxation wherever I can find it.

All and all, I can’t complain.

In times like these, we see the best and worst of human behavior. When it comes to interacting with my fellow man, I am a bit of a social dichotomy, to be frank. By nature, I am pretty gregarious; I like to interact with people regardless of where I am and what place they occupy in the world. My parents, the Navy and my friend Jim Range all helped form that mindset. In fact, it is a yardstick I use to measure people. If you look down on the help, are rude to servers or janitors and the like, I consider you beneath contempt and no friend of mine. I’m also extremely scornful of the self-important, self-entitled and greedy.

I am fortunate that either by accident or design, I wound up working in the world of conservation advocacy. It sure didn’t start that way. Over the last 30 years or so, I have been engaged in efforts to conserve and protect our natural resources and advocate for responsible management of our lands and waters and the critters, including us, who rely on them.

With a global pandemic disrupting many daily routines, I can’t help but take comfort in the notion that the things I have fought to protect are now seen as an essential element for surviving this life-threating disruption. I am not equating nature with hospitals or holding out my work as more significant or valuable than those currently on the front lines of this crisis. I am certainly not trying to pat myself on the back. Still, I firmly believe that when the dust settles, there will be a greater appreciation for some previously underappreciated assets in our national and global infrastructure. The truth is we need nature, and we need stewards to defend against those who devalue or, worse, despoil this essential part of existence on this planet.

As a journalist, reading good writing, especially in times of strife and uncertainty, deepens my faith in the many ink-stained wretches who labor to so hard to help us see the world by written word so we may better understand what is going on in places we cannot be. I also hope we will have learned to think for ourselves and not blindly follow the things that reinforce our beliefs and tribal instincts. That we look to our better angels and metaphorically build bridges, longer tables, and appreciate the struggles of others and lend a hand when we can.

I had the opportunity to enrich my reflections by reading three items that buoyed my spirits, and I will close with those in hopes they can do the same for you.

Monte Burke writes for Forbes magazine. Burke and I share a love for fly-fishing and affection for brook trout. His article “March Madness – Finding Calm Amid Coronavirus Anxiety” in The Drake magazine was both unsettling and comforting. Burke writes of his anguish about his exodus from New York City. It is wrenching to read but includes a bit of promise:

At the last minute as my wife and I packed, just before I zipped up my duffel bag, I’d thrown in a 4-weight fly rod, a reel and a box of flies. It was, at the time, merely a symbolic gesture. It was March. The fishing in the medium-sized river in Vermont would be poor if happening at all. The gear was a rather senseless thing to bring along, seeing as we required every inch we could get in the car. But I needed one totem of normalcy, a normalcy that I now realized I had taken for granted all of my life.

Burke tells of his days with the family in self-isolation and how the fly rod and a trip to the river become a beacon of hope:

As I walked home, the sun began to ease itself behind the mountain in the distance and the breeze became more insistent. It was abundantly clear that we were in for difficult times, perhaps more difficult than we can even fathom, a cruel winter that will seem endless. I am trying to prepare myself for the worst. But I decided as I neared the house, I would also start living for the spring — whether it’s actual or metaphorical — and for all of those things I once took for granted. It may be months before we’re there. It may take a year or longer. But it will come.

Land Tawney runs the nonprofit Backcountry Hunters and Anglers. Land has a warrior’s heart in the finest sense of the word. He has selflessly given of himself to the conservation cause, and he is at his best when he speaks from his heart about the outside. In an email, he wrote,

For me, a big part of keeping myself safe and healthy – mentally, physically and spiritually — comes back to the Great Outdoors. Earlier this week, I took my family to some public lands just outside of Missoula. The sun was out, the air was crisp and while there was still some snow on the ground, you could feel the onset of spring. We crumpled our local newspaper, full of virus news, and my 8-year-old son lit the fire. We roasted hot dogs and sausages over the coals and noticed the robins, chickadees and crows. Our kingdom. Our solace. It showed me once again how getting outside can help heal us – offering sustenance and a respite from the anxiety and unease in the world.

Admiral William McRaven penned an Op-Ed in The Washington Post about his SEAL training. McRaven writes,

My training class had been out of the mud for a short period of time when the instructors, looking to weed out the weak of mind and body, ordered the entire group of 55 men back into the bog. The mud consumed each man until there was nothing visible but our heads. We were all exhausted, numb from the cold and desperate to hold on. The instructors told us that we could all leave the mud — if just five men quit. It was the instructors’ way of turning us against each other.

McRaven invokes this memory to illustrate his view, one I share, that we Americans are resilient, and there is good reason for hope. He writes,

There were still eight hours to go before the sun rose — eight more hours of bone-chilling cold. Several of the students started moving to dry ground; they were ready to quit. And then, one voice began to echo through the night — one voice raised in song. The song was terribly out of tune but sung with great enthusiasm. One voice became two and two became three, and before long the entire class was singing. The instructors threatened us with more time in the mud if we kept singing, but the singing persisted. Those of us stuck in the mud believed that if one of us could start singing when he was up to his neck in mud, then maybe the rest of us could make it through the night. And we did.

McRaven believes that we will prevail, and it is time for us to start singing. I think we will if we join in that song.

Consider this an invitation. 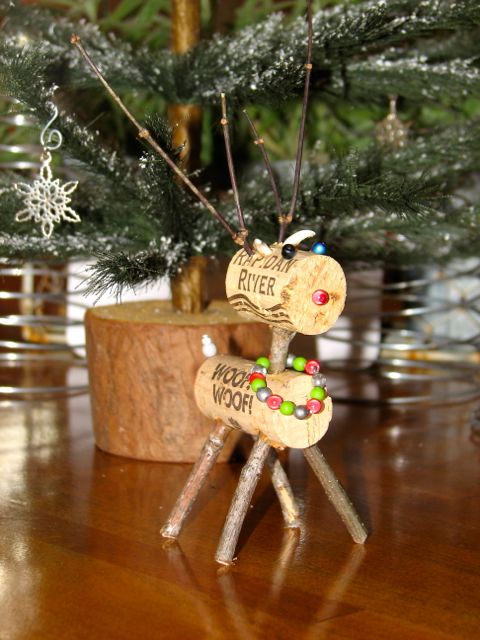 In 2014 my very clever wife made this very special Christmas gift.

It graces our home as a reminder of the magic that is Christmas.

The simple things really are the best!

Here’s hoping this finds you safe, happy and in the company of those you love.

Merry Christmas to you and yours!

Fair winds and following seas. You made us proud.

In 2014 my very clever wife made this very special Christmas gift.

It graces our home as a reminder of the magic that is Christmas.

The simple things really are the best!

Here’s hoping this finds you safe, happy and in the company of those you love.

Merry Christmas to you and yours!

Because the difference is so stark between George H.W. Bush and the current occupant of 1600 Pennsylvania Avenue the loss is felt more profoundly.

This is wonderful tribute to George H. W. Bush by Bill Clinton.

Source: Bill Clinton: George H.W. Bush’s Oval Office note to me revealed the heart of who he was – The Washington Post 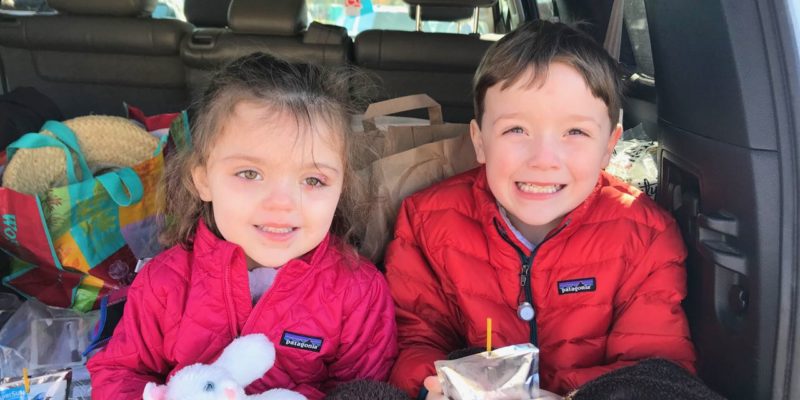 For the last few years I have been posting this Thanksgiving day quote from Theodore Roosevelt. I have yet to find one better on this day.

“Let us remember that, as much has been given us, much will be expected from us, and that true homage comes from the heart as well as from the lips, and shows itself in deeds.”

And never forget on this day and every day, paraphrasing Winston Churchill, we enjoy Thanksgiving because rough men stand ready in the night to visit violence on those who would do us harm.

For them I am eternally thankful.

Happy Thanksgiving to you and yours!