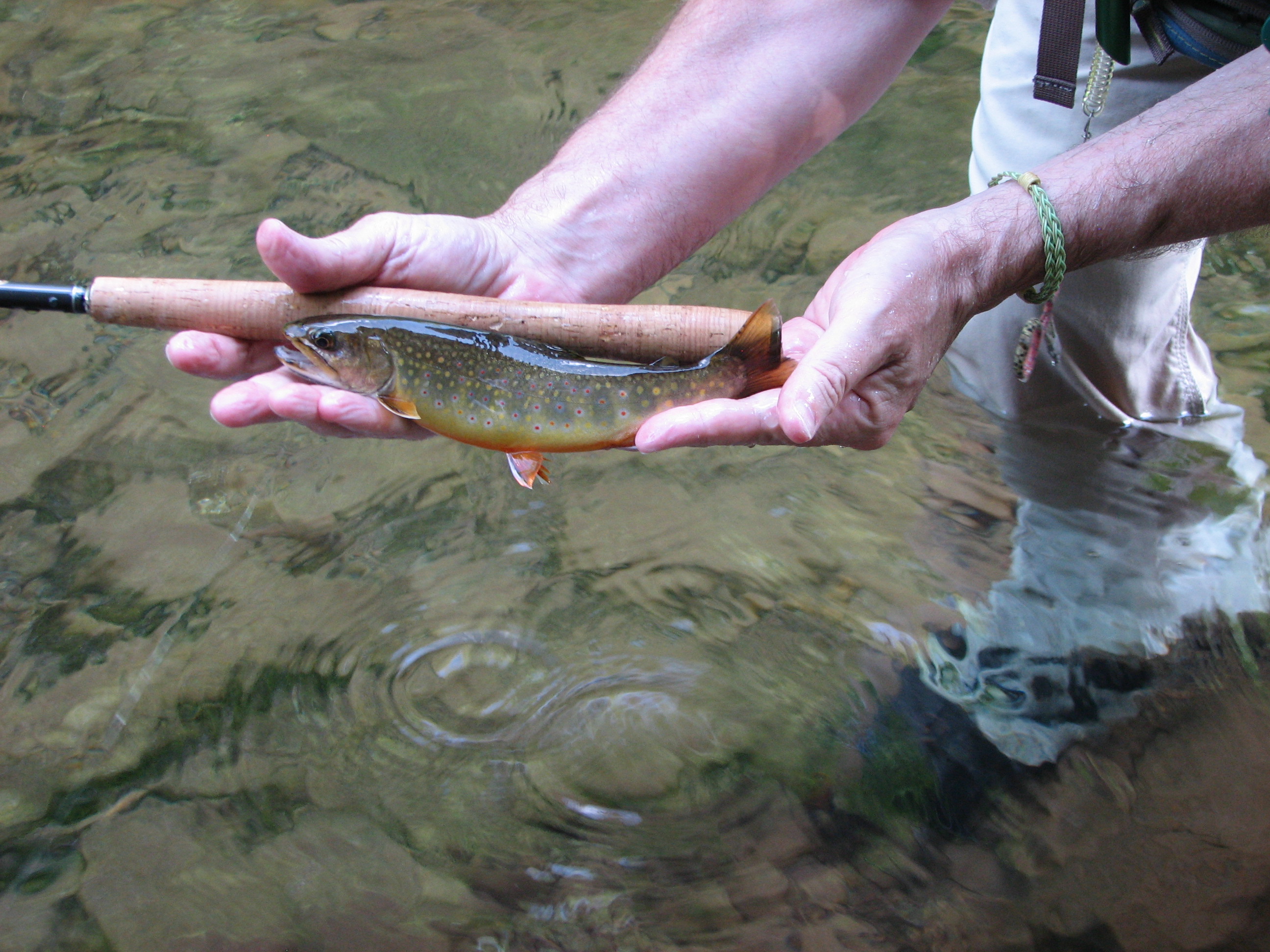 “This is good news and real evidence for the value of our national investment in improving air quality,” said Rick Webb, a U.Va. environmental scientist and coordinator of the VTSSS. “At the same time, there is more to be done, and many Virginia brook trout streams may never fully recover.”

what clean air can do...

That quote comes from an article I wrote for Orvis News. Webb was referring to some encouraging news in Virginia showing that water quality has clearly improved since 2000 and how the Clean Air Act’s investment in air quality improvement was working. He noted sulfur dioxide emissions from coal-fired power plants dropped by 64 percent between 1990 and 2009.

Yesterday the U.S. Environmental Protection Agency took another step toward cleaner air and if history repeats itself, as it is likely to do, then some of the “more is to be done,” that Webb refers to may actually get done.

The U.S. EPA issued the Mercury and Air Toxics Standards. These court ordered standards will reduce emissions of mercury and toxic air pollution like arsenic, acid gas, nickel, selenium, and cyanide by relying on widely available pollution controls already in use at more than half of the nation’s coal-fired power plants.

“Since 1959, TU volunteers and staff have worked to protect and restore trout watersheds throughout the nation, and we’ve come to realize that fish-trout in particular-are barometers for both air and water quality,” said Steve Moyer, TU’s vice president of government affairs. “Along the Eastern Seaboard, we’ve had to react to pollutants in the air that eventually find their way into the water. For instance, eastern brook trout in some Appalachian mountain watersheds are particularly susceptible to pollution that alters the natural chemical balance in their native streams. In order to keep some populations from winking out altogether, we’ve had to resort to unusual tactics to keep these fish alive, including adding lime to some streams to restore the water’s chemical equilibrium.”

Of course not only brook trout will benefit. Dirty air means dirty water. Fish and organisms that depend on clean water suffer. Mercury builds up in fish to a point where it is no longer safe to eat them. Birds and mammals that eat fish and insects can all be exposed to high levels of mercury. They wind up behaving abnormally and have less breeding success.

When I worked for the Izaak Walton League, air pollution was a key focus area. The IWLA has been working for 10 years to try and get these standards in place.

“We applaud EPA for taking this step to protect public health and the environment,” says Nancy Lange, Director of the Izaak Walton League’s Energy Program. “This standard is long overdue, and the American people have been paying the price with their health. More than half our nation’s coal-fired power plants have already upgraded their facilities to scrub mercury out of their emissions. It’s time for the rest to follow suit.”

According to the EPA, power plants are the largest remaining source of several toxic air pollutants and are responsible for half of the mercury and over 75 percent of the acid gas emissions in the United States.

“By cutting emissions that are linked to developmental disorders and respiratory illnesses like asthma, these standards represent a major victory for clean air and public health– and especially for the health of our children. With these standards that were two decades in the making, EPA is rounding out a year of incredible progress on clean air in America with another action that will benefit the American people for years to come,” said EPA Administrator Lisa P. Jackson. “The Mercury and Air Toxics Standards will protect millions of families and children from harmful and costly air pollution and provide the American people with health benefits that far outweigh the costs of compliance.”

Clean air and water should be something we can count on in this country. EPA has put in place a responsible, workable and politically courageous plan to improve the quality of our air and water. Administrator Lisa Jackson and her team deserve to be congratulated.