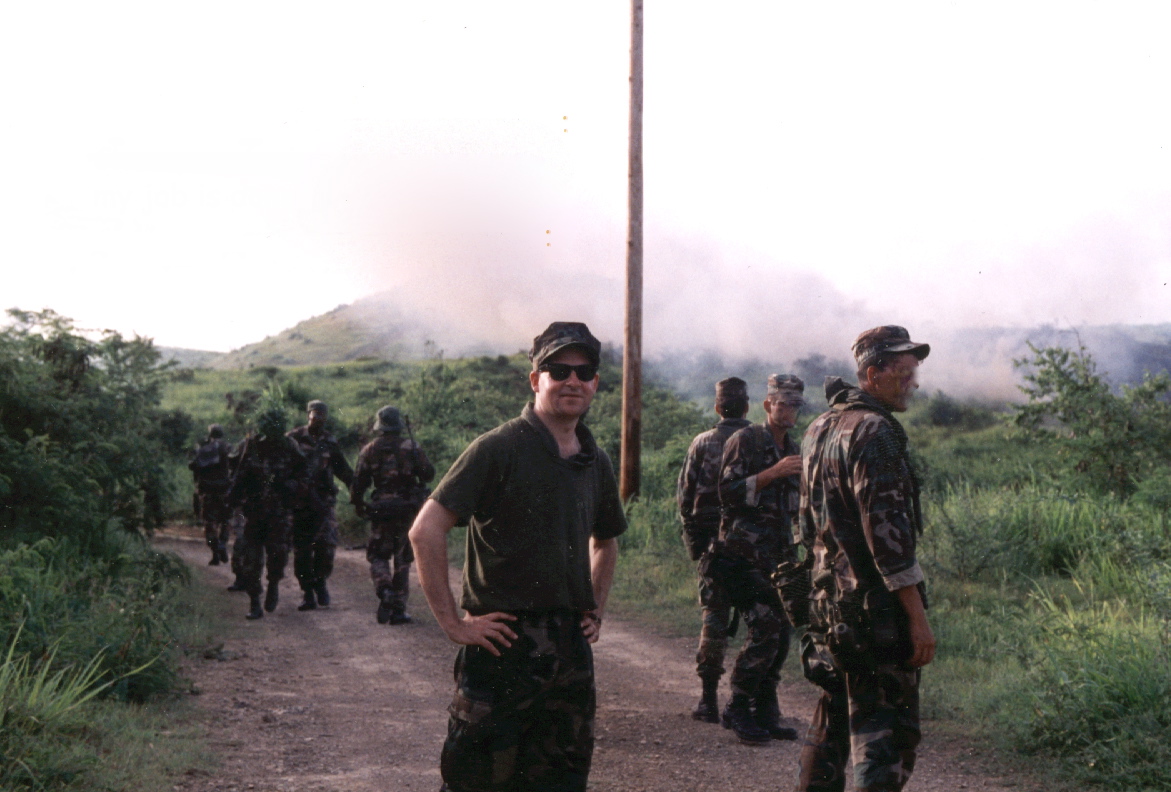 One of my college roommates, a retired Army Colonel, posted this on his facebook page this morning. Nothing I could write would come close.

Some veterans bear visible signs of their service: a missing limb, a jagged scar, a certain look in the eye. Others may carry the evidence inside them: a pin holding a bone together, a piece of shrapnel in the leg – or perhaps another sort of inner steel: the soul’s ally forged in the refinery of adversity. Except in parades, however, the men and women who have kept America safe wear no badge or emblem. You can’t tell a vet just by looking.

What is a vet?

He is the cop on the beat who spent six months in Saudi Arabia sweating two gallons a day making sure the armored personnel carriers didn’t run out of fuel. He is the barroom loudmouth, dumber than five wooden planks, whose overgrown frat-boy behavior is outweighed a hundred times in the cosmic scales by four hours of exquisite bravery near the 38th parallel. She, or he, is the nurse who fought against futility and went to sleep sobbing every night for two solid years in Da Nang. He is the POW who went away one person and came back another – or didn’t come back at all. He is the Quantico drill instructor who has never seen combat but has saved countless lives by turning slouchy, no account rednecks and gang members into Marines, and teaching them to watch each other’s backs. He is the parade riding Legionnaire who pins on his ribbons and medals with a prosthetic hand. He is the career quartermaster who watches the ribbons and medals pass him by. He is the three anonymous heroes in the Tomb of the Unknowns, whose presence at the Arlington National Cemetery must forever preserve the memory of all the anonymous heroes whose valor dies unrecognized with them on the battlefield or in the ocean’s sunless deep. He is the old guy bagging groceries at the supermarket, palsied now and agonizingly slow, who helped liberate a Nazi death camp and wishes all day long that his wife was still alive to hold him when the nightmares come.

He is an ordinary and yet an extraordinary human being, a person who offered some of his life’s most vital years in the service of his country, and who sacrificed his ambitions so others would not have to sacrifice theirs.

So remember, each time you see someone who has served our country, just lean over and say Thank You. That’s all most people need, and in most cases it will mean more than any medals they could have been awarded or were awarded. Two little words that mean a lot, “THANK YOU”.

Yours truly down island somewhere…many years ago…Proud to have served: USNR 03NOV1986 – 28JUN2002