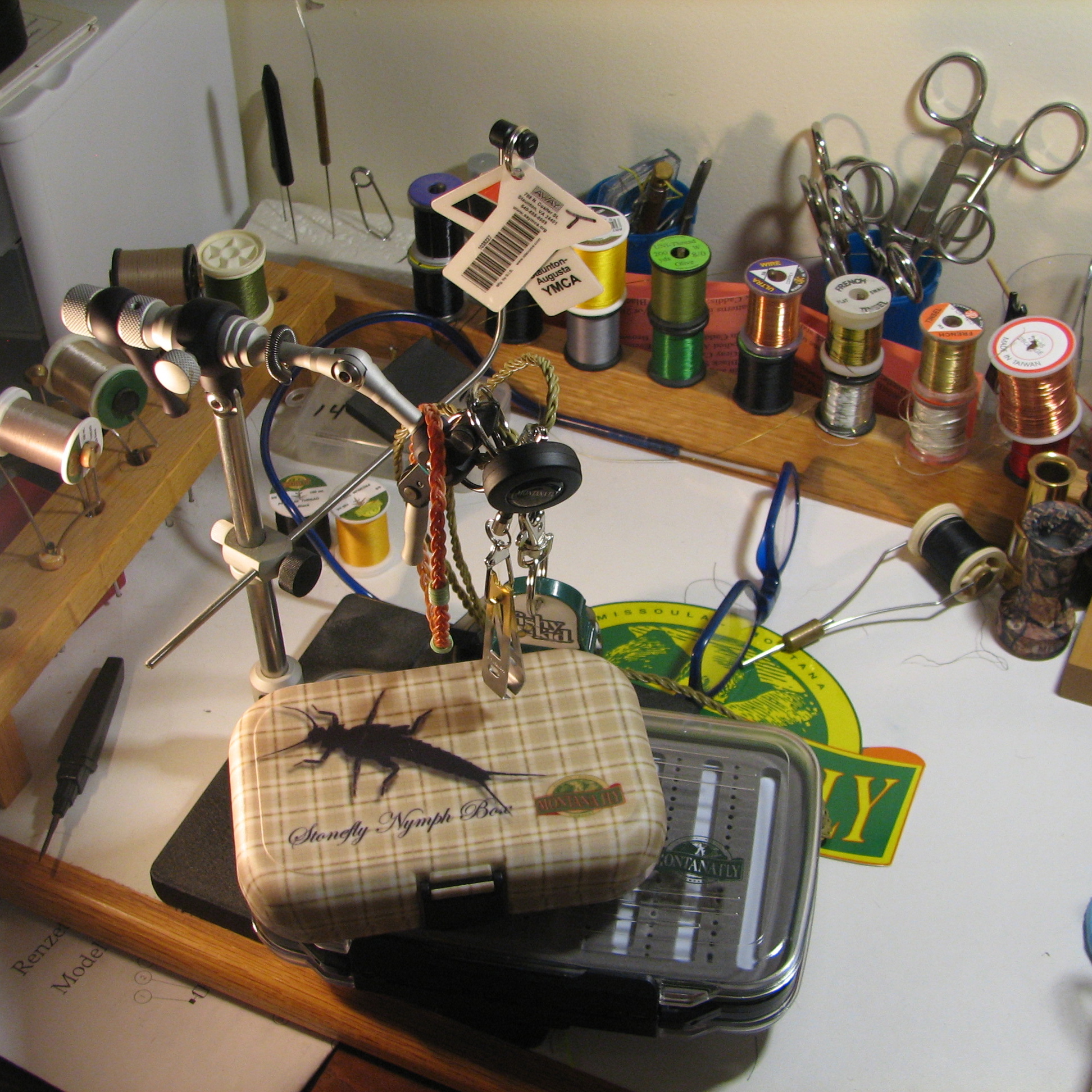 Last month I was asked to participate in a focus group for Montana Fly Company. The focus group was organized by those clever Outside Media folks who ran it on Facebook. It was a very entertaining way for those of us in the group to look at pictures, answer questions and make comments. Our moderator, Sammi, did a great job of keeping us on task while offering some very amusing commentary.

The chance to look behind the curtain a bit at some future offerings from Montana Fly Company and have some fun with Sammi was a treat in and of itself, but the deal got a whole lot better when MFC sent us some really nice tools as a reward for our participation. The gift box that arrived at The Middle River Group world HQ included a set of gold end nippers and a zinger (already attached to my Fly Vines lanyard); a stonefly/nymph box and a large waterproof fly box.

While I can’t tell you what we worked on, you just might want to keep an eye on MFC to see what the fruits of our labors produced.

Disclosure: Neither MFC nor Outside Media asked me to write this post.