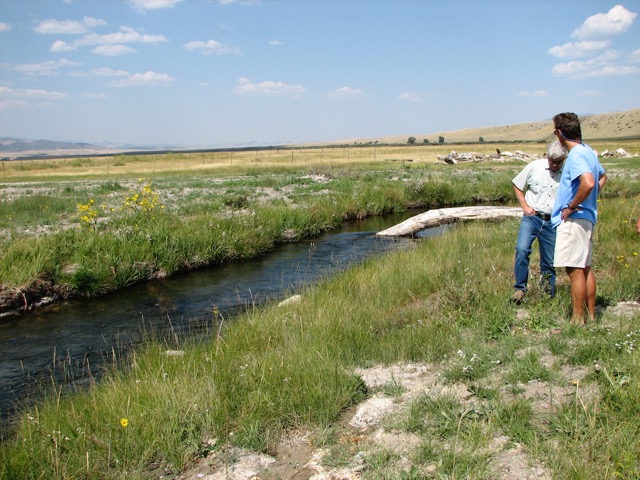 read it all after the jump > END_OF_DOCUMENT_TOKEN_TO_BE_REPLACED

Those of us who care about wetlands got some great news this week. the Senate Environment and Public Works Committee passed an amended version of the Clean Water Restoration Act. There is much work ahead but at least things are moving now.

Here is the release from the Theodore Roosevelt Conservation Partnership:

WASHINGTON – In a clear vote to protect clean water and essential habitat for fish and wildlife, the Senate Environment and Public Works Committee today passed an amended version of the Clean Water Restoration Act.  The bill as approved reaffirms the original intent of the Clean Water Act to broadly protect water quality and the streams, lakes and wetlands important to our country.  The vote today creates momentum for legislation to be introduced and quickly considered in the U.S. House of Representatives.

“This is a huge step toward restoring the Clean Water Act’s safety net for prairie potholes and well over 20 million acres of wetlands throughout the U.S. that provide critical habitat for waterfowl and other fish and wildlife – and hunters and anglers,” said Scott Yaich, director of conservation programs for Ducks Unlimited

By a vote of 12 to 7, the committee approved a substitute amendment offered by Sens. Max Baucus (Mont.), Amy Klobuchar (Minn.) and Chairman Barbara Boxer (Calif.) that:

A series of amendments to gut the definition of “waters of the United States,” including removing protections for streams and prairie potholes, were defeated.

“Hunters and anglers know first-hand the importance of wetlands, lakes and streams,” said Geoff Mullins, Policy Initiative Manager at the Theodore Roosevelt Conservation Partnership. “Restoring these clean water protections will ensure that sportsmen can enjoy these resources for generations.  Thursday’s committee vote represents the biggest step yet towards restoring these much needed protections in the past eight years.”

“Today’s vote is a major step toward restoring traditional Clean Water Act protections for streams, lakes and wetlands in our communities,” said Scott Kovarovics ,Conservation Director at the Izaak Walton League of America.  “There’s clear momentum now for legislation to be introduced and considered in the House of Representatives this summer.”

“This is not ‘the biggest bureaucratic power grab in a generation,’ as some have said, but rather it is about clean water and healthy watersheds for future generations,” said Steve Moyer, Vice President for Trout Unlimited. “Two bad Supreme Court decisions have derailed the Clean Water Act, and today’s courageous action by the Committee gets us a big step closer to getting the law, and all its clean water benefits, back on track,” said Moyer.

Thursday’s vote would not be possible without leadership from Sen. Russell Feingold (Wisc.) and EPW Chairman Barbara Boxer (Calif.).  Sen. Feingold has introduced the Clean Water Restoration Act in multiple Congresses and consistently championed the fight to protect drinking water and critical habitat.  This year, Chairman Boxer seized brought the bill to a vote less than three months after it was introduced.  We also commend Sens. Baucus and Klobuchar who brokered the amendment language that facilitated passage of the bill.