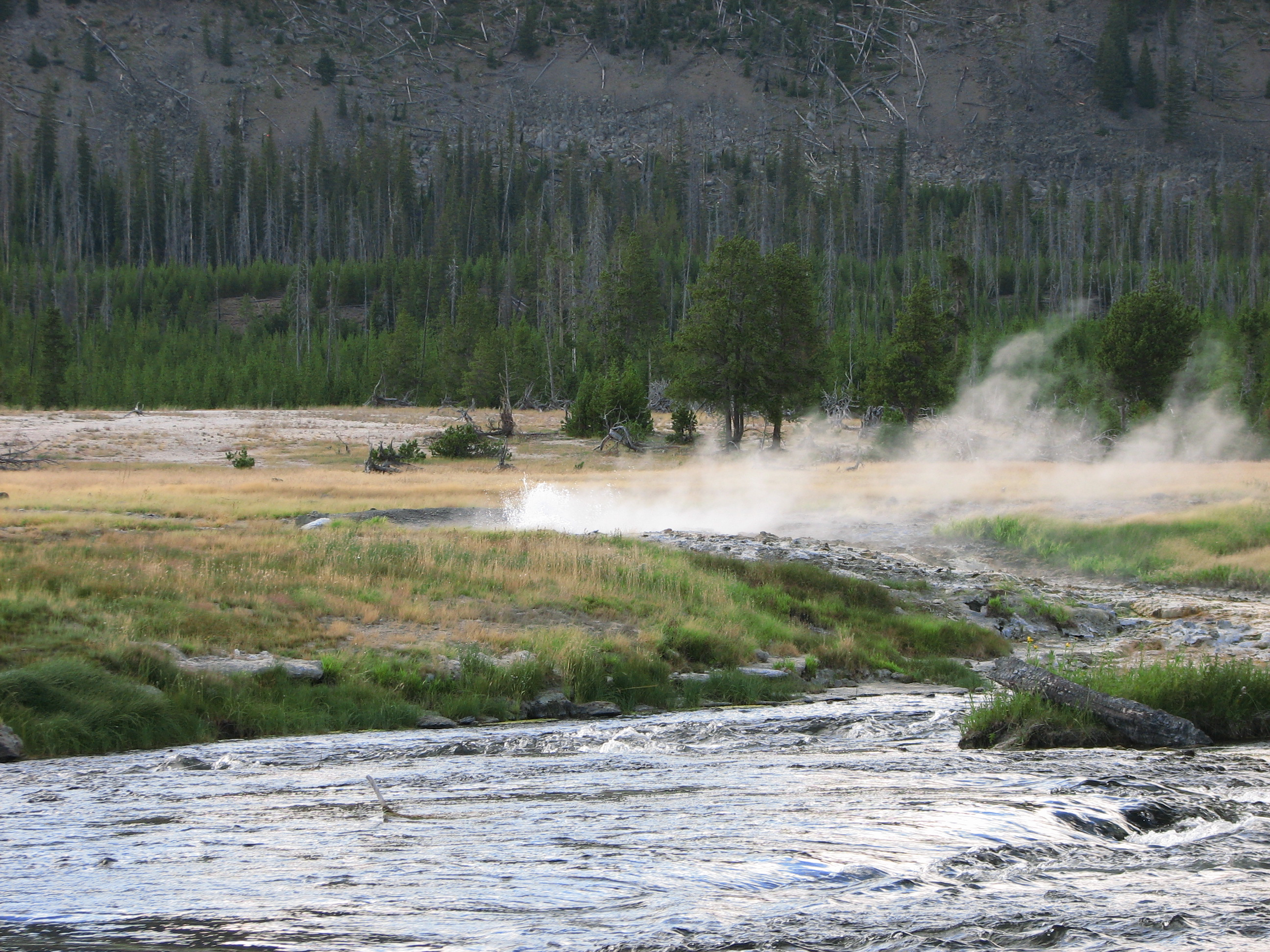 The economic importance of outdoor recreation is a common theme of mine. I believe in it personally and benefit from it professionally. I am a strong proponent of the equation: Habitat equals opportunity which translates into economic activity. For many years the challenge had been to validate the equation.

There are an increasing number of reports showing that equation has increasing merit. Last week Headwaters Economics presented another example.

The rivers, lakes, canyons, and mountains found on public lands serve as a unique and compelling backdrop that has helped to transform the western economy from a dependence on resource extractive industries to growth from in-migration, tourism, and modern economy sectors such as finance, engineering, software development, insurance, and health care.

Underpinning this letter is peer-reviewed literature.

How western communities and counties can benefit from nearby federal lands has been an issue for local leaders, officials, businesses, and others for generations. This document summarizes a variety of scientific research on the economic impact of protected lands such as Wilderness, National Parks, or National Monuments to nearby communities, especially in the West.

There is a large body of peer-reviewed literature that examines the relationship between land conservation, and local and regional economic well-being. Because of the number of different county types in the West, let alone the entire United States, sweeping declarations about the economic performance of all counties in a region should be scrutinized carefully. It is not surprising that the impact of protected lands such as Wilderness or National Parks is measurable in some places (e.g., isolated rural areas and those rural areas more connected to larger markets and population centers via air travel) but not in others (e.g., metro areas; imagine trying to document the effect of the Sierra Estrella Wilderness to Phoenix’s economy).

What the Research Shows:

These examples are not conjecture. This is peer-reviewed research. Just take a look at the Annotated Bibliography: Economic Value of Public Lands and Protected Public Lands that have Appeared in the Peer-Reviewed Academic Literature. 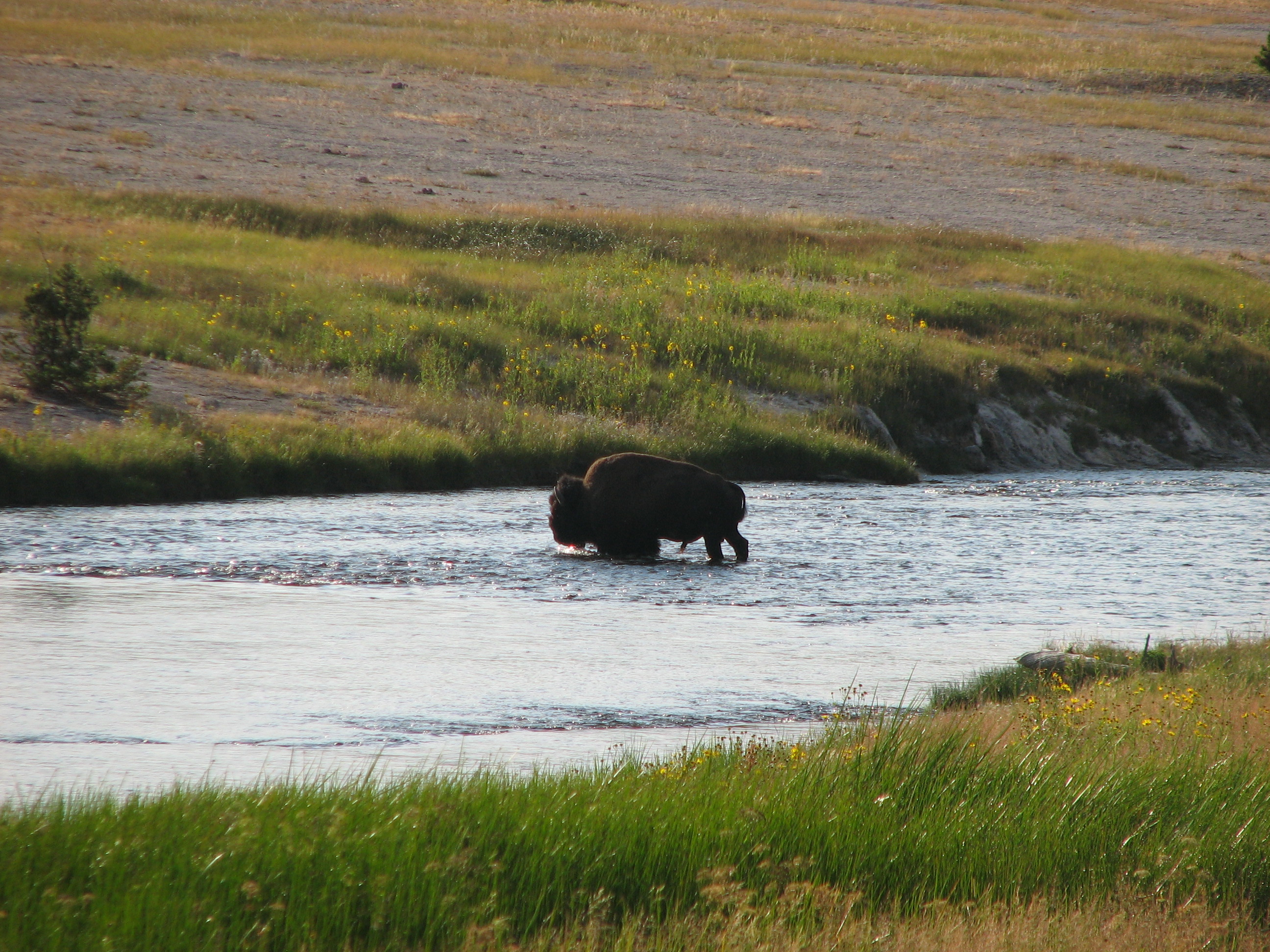 The social media realm is always interesting. Last week, Shawn Bichsel aka @sbixel retweeted a link to my “Dealing with PETA” post (click here).  I had been a bit worried that I might be in the great minority with regards to PETA, and was delighted for the air cover. My curiosity about Shawn led me to his terrific blog, Lines in the Dirt.

Give me a home where the buffalo roam

Shawn has a great quote from Edward Abbey on the Outside tab of his site. It is pretty appropos to our times and evokes some of the same things Steve Jobs has been quoted as saying, making it even more meaningful. Here is the quote that adornes Lines in the Dirt:

“One final paragraph of advice: do not burn yourselves out. Be as I am — a reluctant enthusiast… a part-time crusader, a half-hearted fanatic. Save the other half of yourselves and your lives for pleasure and adventure. It is not enough to fight for the land; it is even more important to enjoy it. While you can. While it’s still here. So get out there and hunt and fish and mess around with your friends, ramble out yonder and explore the forests, climb the mountains, bag the peaks, run the rivers, breathe deep of that yet sweet and lucid air, sit quietly for a while and contemplate the precious stillness, the lovely, mysterious, and awesome space. Enjoy yourselves, keep your brain in your head and your head firmly attached to the body, the body active and alive, and I promise you this much; I promise you this one sweet victory over our enemies, over those desk-bound men and women with their hearts in a safe deposit box, and their eyes hypnotized by desk calculators. I promise you this; You will outlive the bastards.”

I have no idea if Jobs knew Abbey but they both saw the world from a great point of view.

Montanan Tony Bynum see danger in Congress and their attack on our public lands. Bynum expresses his concern about the Wilderness and Roadless Release Act and the points out how the recent demonizing of the Antiquities Act is so much pandering to right wing nit wits and really a diservice to hunters and anglers.

He talks about how the Upper Missouri Breaks National Monument is a prime hunting destination this time of year and because of the Antiquities Act it will still be that way 100 years from now.

Pretty hard to recruit and retain hunters and anglers when we lose venues to irrational demonization of laws that create and protect these prime hunting, fishing and outdoor recreation places. As Bynum puts it,

“Let’s remember what matters most. What legacy shall we leave our children and theirs? Public land, open hunting for the common man is a tradition out west. I wish to leave that legacy to my children and, when this heritage is threatened by bad leadership decisions, we need to hold our leaders’ feet to the fire. It is far better to manage wisely and preserve our intact systems than it is to dismantle and try to rebuild them later.”

When the political carnival barkers start braying about access it is time to ask them if creating more venues might not be a pretty good way to create more access? 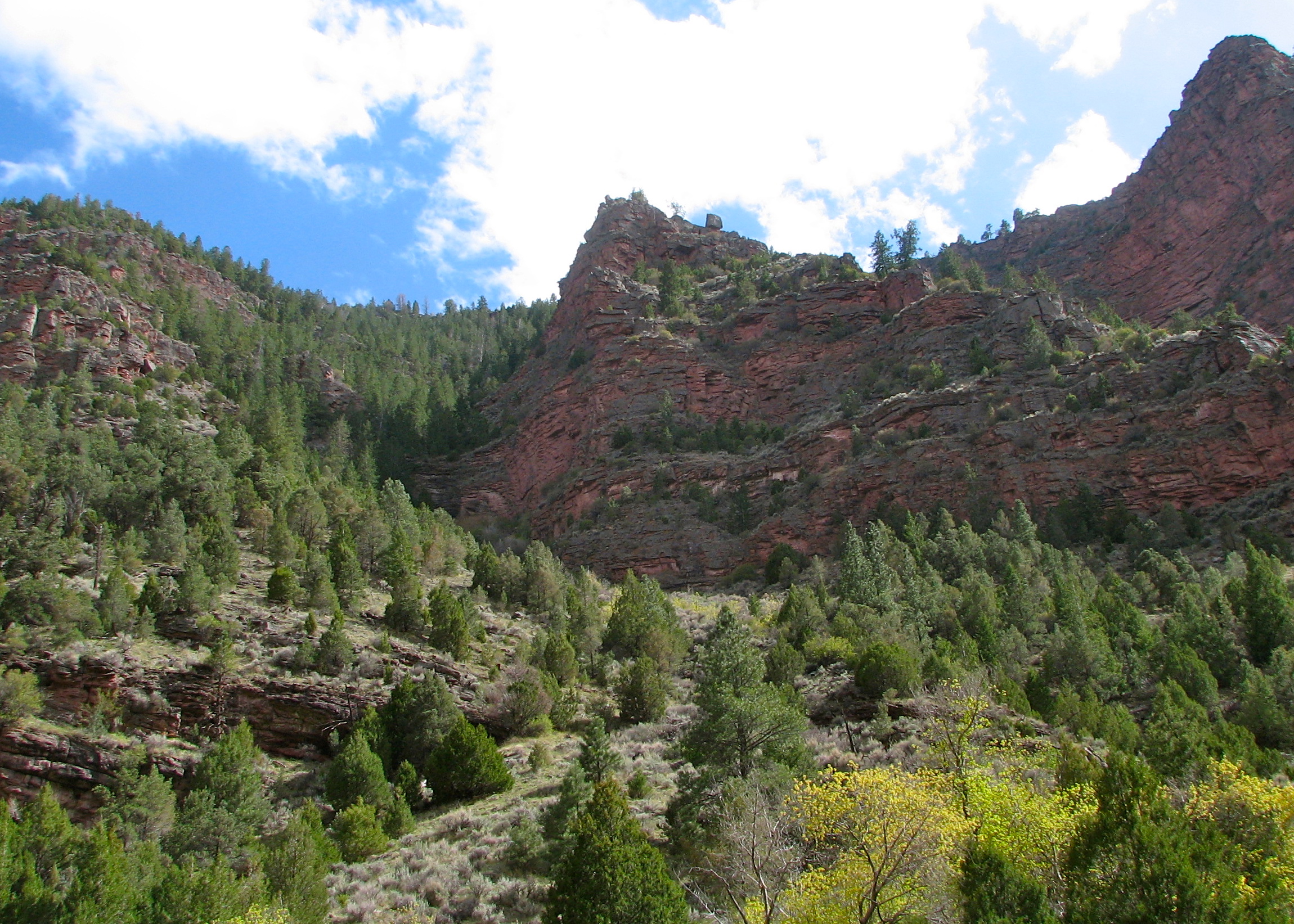 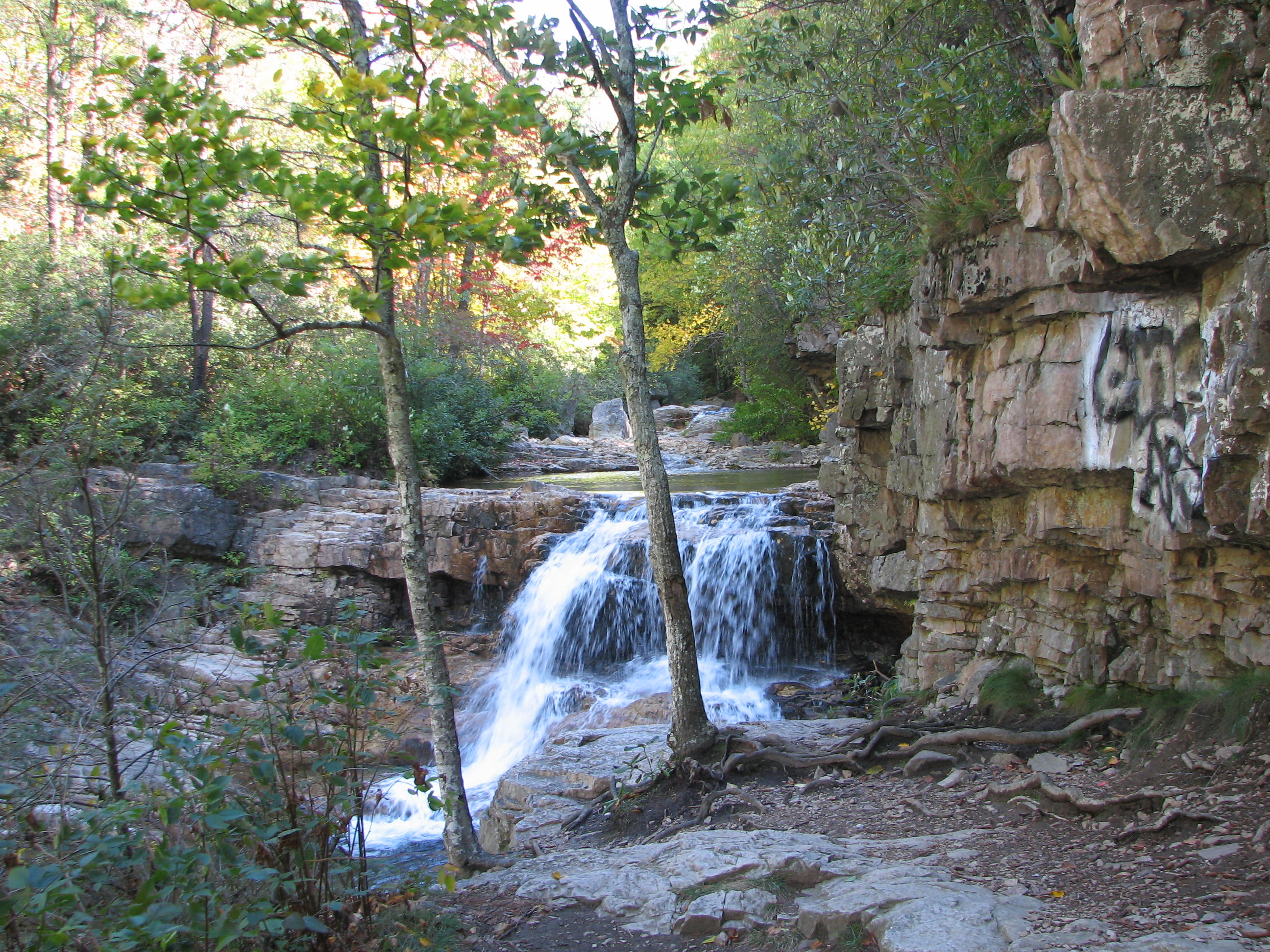 The Rocky Mountain Elk Foundation caught a lot of flak for supporting legislation to open up roadless and wilderness areas. There membership didn’t agree with that position and RMEF to its great credit withdrew its support. Read it here.

More on this topic later but for now some brilliance from Hal Herring: Roads to Nowhere

Here is a taste,

“What we are witnessing with the demand to dismiss any new discussion of wilderness or roadless public lands is part of the tremendous move in our country to privatize wildlife and to make the quality hunting and fishing available only to those who can afford to buy land and rivers, lease hunting rights, to bring hunting and fishing into line with the other privileges that are the sole province of the wealthy.”

“I’m not saying that we need to start declaring wilderness and roadless designations willy-nilly across the public lands. I am saying that we don’t need politicians to wave their manicured hands and declare the debate over, and declare themselves, their ideology, and their contributors’ the winners.”