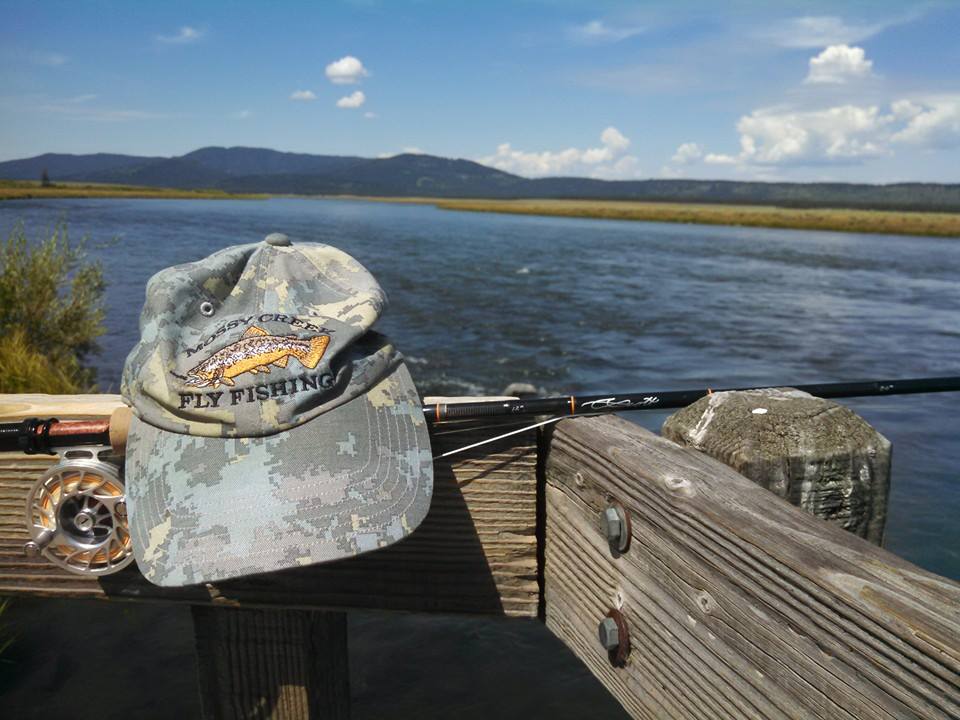 Dusty and my hat have returned to Virginia and my hat should be firmly in place for the upcoming pirate fest on the James (a story yet to be told…) Here is an update the chronicles the adventures since the original post on 23July.

Dusty kept the hat busy while it was out west and here are some more images from the adventures. The captions are his Facebook posts.

23July: Normally I’m pretty good about keeping track of my stuff, especially if it is a) essential gear and b) a prop for Instagrams. Last month while on a scouting trip I left my favorite Mossy Creek Fly Fishing hat in Dusty‘s truck. No biggie at the time as I was planning to guide with him a few days later and could grab my favorite lid then. Well that didn’t work out as planned and the hat wound up going out west for a solo adventure. Dusty has been good enough to post some photos of the hat’s adventures.

And if you are really late to the party and don’t know what all the celebrating was about then read this from the TU Blog and this from the Orvis Blog. You can watch the Blood Knot Trailer in my post The Tie That Binds. 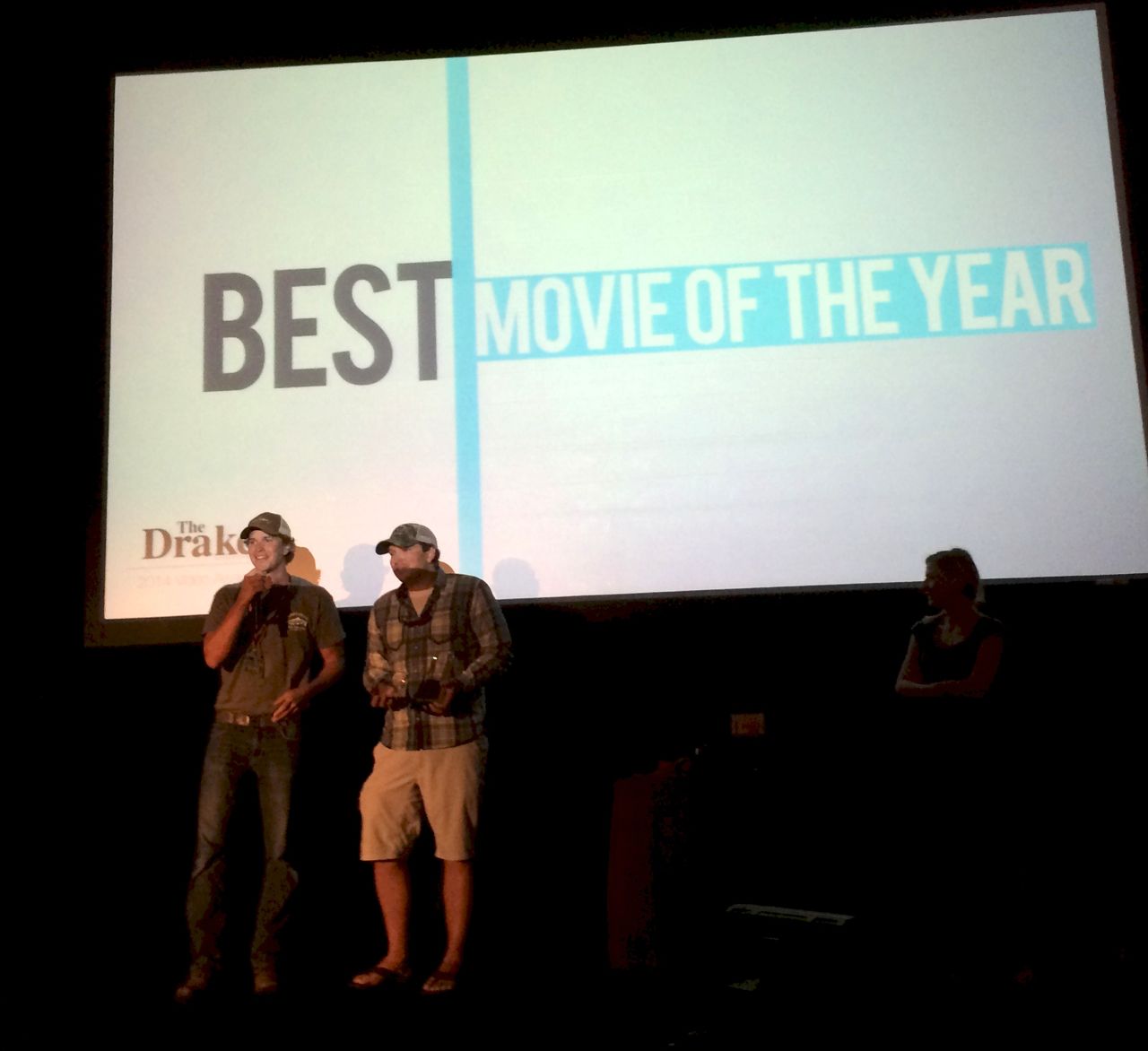 One of the annual highlights of IFTD, the fly fishing trade show, is The Drake Film Awards. This was the 9th annual awards show and an especially exciting night was in store for Mossy Creek Fly Fishing and TwoFisted Heart Productions as Blood Knot took two awards in front of a audience of fly fishing industry pros.

As Brian and Colby said “it was pretty exciting to have Blood Knot get included in F3T, then get nominations in The Drake Film Awards, but none of us expected this…”

Colby’s post on Facebook captured the gratitude in winning the award, “Unreal. Overwhelmed. Utterly blown away. Thanks to everyone who supported the film. Nick and Kami Swingle Ladson Webb, Two TwoFisted Heart Productions for creating this film! Tom Sadler for getting us all mixed up in the industry. The Orvis Company, Tenkara USA, Art Webb with BCF, Virginia Tourism, and of course the lovely wives that put up with our shenanigans. Best Freshwater Film? Seriously. Thanks Tom Bie , The Drake Magazine, and F3T!”

Still pumped from the previous honor, the night got even more fantastic when they were called back to the stage!!!

Colby on Facebook again, “BLOWN AWAY! We have no words. Thanks to everyone who has believed in our shop and guides. Nick Swingle Kami Swingle Ladson – We need to PARTY!!! The Drake Magazine Thanks for the love. Best Film…..really? This is insane. Party time!”

Then the smiles really broke out!

Brian and Colby show their appreciation to Tom Bie, The Drake’s editor.

There are two special people that make the video magic that is Blood Knot happen. Kami and Nick Swingle of TwoFisted Heart Productions are the brains behind the scenes and the camera that make it all come together. Colby and Brian shared the awards with Nick and Kami -fittingly on the banks of Mossy Creek, last Sunday. 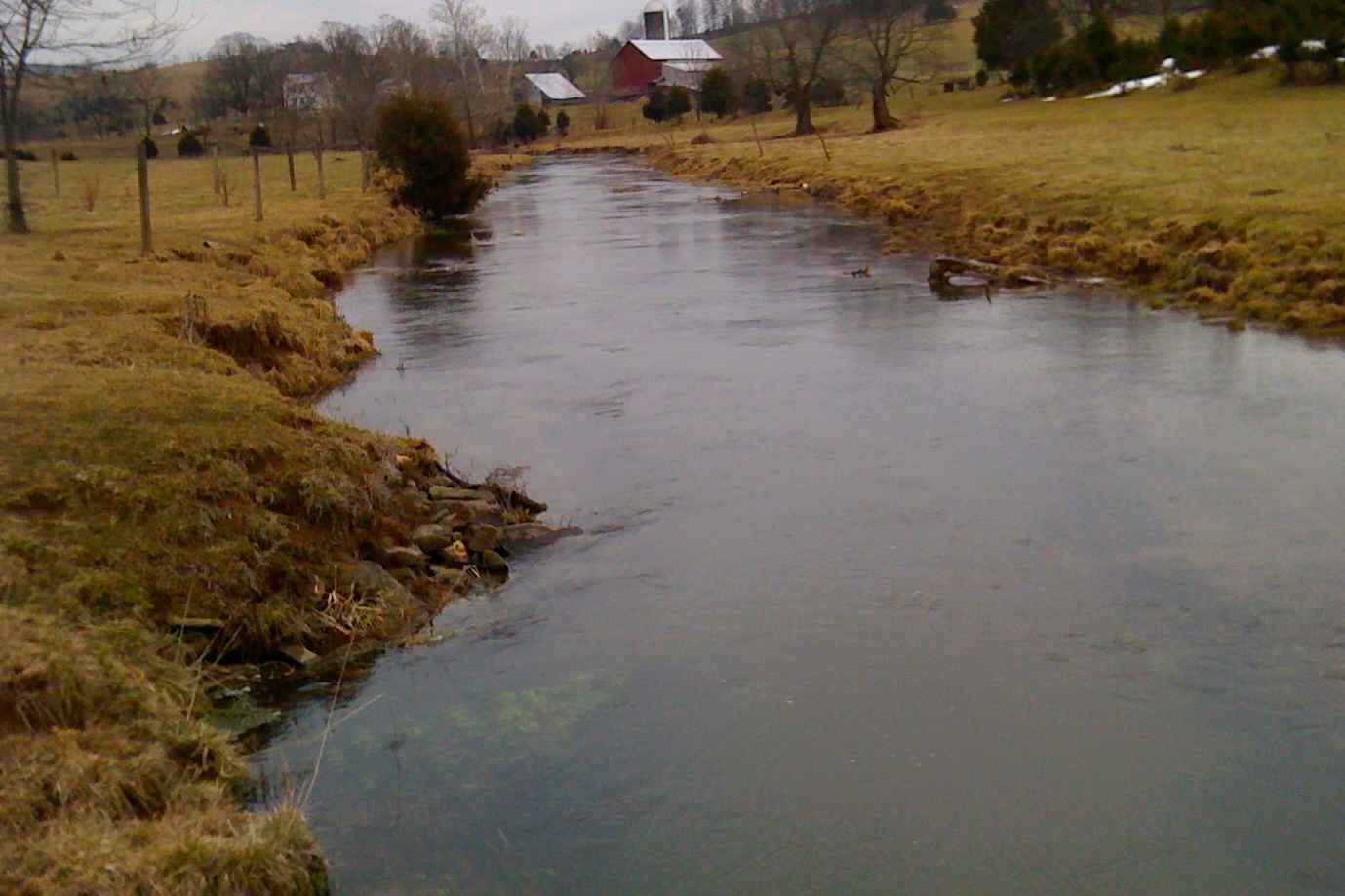 Guiding for Mossy Creek Fly Fishing is one of the more enjoyable and interesting parts of my crazy life. But what adds to the enjoyment is the community that is part of Mossy Creek Fly Fishing. The owners are guides themselves and they bring the positive guide attitude to the shop and those of us who work with them.

It is hard to explain to friends and clients how just much fun it is to work with the Trow Brothers but Two Fisted Heart Productions has done a great job in this trailer for Blood Knot, their entry in the 2014 Fly Fishing Film Tour.