For too long those of us in the outdoor recreation industry have been given a pat on the head and told to “go play outside” by the politicians and policy makers alike. We have been treated as “hobbyists” who don’t really count when it comes to the U.S. economy. Well thanks to a new report, The Outdoor Recreation Economy from the Outdoor Industry Association we can now tell those folks that outdoor recreation means business. And it is time we did.

The outdoor recreation economy is serious business. It is responsible for:

What concerns me and should concern you, is our elected officials – at all levels of government – give short shrift to that economic activity. They ignore those numbers in favor of other industries who, with their better funded advocacy efforts, have convinced policy makers and politicians that their sector is more important than ours.

When that happens the infrastructure that supports the outdoor recreation economy suffers. We see public land and the recreational opportunities they provide relegated to second class status.

So where does the outdoor recreation economy stack up compared to other sectors? Here are a couple of comparisons:

The $646 billion in direct consumer spending annually is greater than:

When it comes to employment the more than 6 million American jobs that are directly dependent on outdoor recreation is greater than:

What is important to understand is these comparisons are based on direct economic impact and do not include indirect, implied, multiplier or ripple effects. If those effects were included the economic impact would be substantially larger. According to the report, when outdoor recreation related spending ripples through the economy it creates $1.6 trillion in economic impact and 12 million jobs.

“Preserving access to outdoor recreation opportunities protects the economy, the businesses, the communities and the people who depend on the ability to play outside.” — OIA’s Outdoor Recreation Economy Report, June 2012.

What underpins this economic activity is the network local, state and federal public lands and waters. A network as important to the economic viability of this country as the other public works infrastructure such as the schools, water treatment, roads and airports we depend on.

When the policy makers and politicians demean our public lands they show either their ignorance (to be charitable) or there political bigotry (more likely). While politicians can be expected to say what they think will get them elected, ignorance has no place in policy making. This report is a powerful, factual tool that should be part of every debate on the value of our public lands and the importance of conservation of those resources.

“Outdoor recreation can grow jobs and drive the economy if we manage and invest in parks, waters and trails as a system designed to sustain economic dividends.” — OIA’s Outdoor Recreation Economy Report, June 2012.

Recreational venues in our nation, such as seashores, forests, parks, and wilderness, must be recognized for the important role they play in the economy. These public venues form the foundation of a national outdoor recreation system. Our policy makers should invest more, not less in these important assets to our nation’s economy.

This new report arms us with facts that must be used to show our elected officials just how important outdoor recreation is to our economy. These are undeniable economic, social and health benefits that are no longer “nice to have,” they are a “must have.”

You can help spread the word by emailing the report (here’s the link) to your elected officials. Just tell them: “Outdoor recreation means business,read this!” 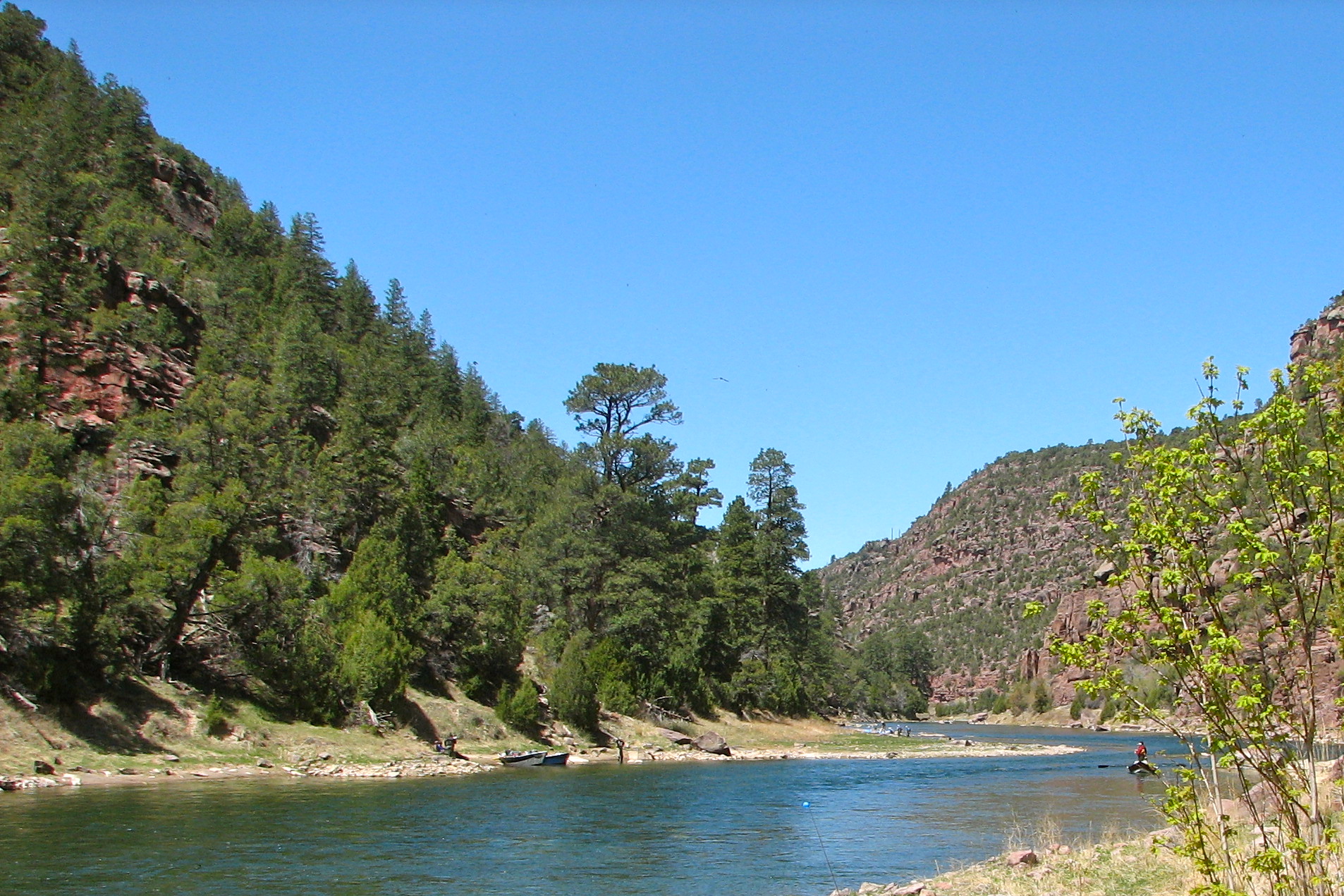 Tom Wharton of the The Salt Lake Tribune recently asked, “When was the last time a Utah politician has done anything to help the state’s tourism and outdoor recreation industry?”

Fishing on the Green River

Readers know that I am a strong subscriber to the habitat = opportunity = economic activity equation (didn’t know that? click here).  The outdoor recreation economy is a bright light in these troubled economic times not just in Utah but across the country, yet as Wharton aptly notes:

“It almost seems as though the money generated by tourism and outdoor recreation doesn’t matter or that our politicians view the jobs these industries create as not worthy of support. This attitude could have a negative impact on our state economy.”

Wharton points to figures from the Utah Tourism Industry Coalition that show tourism is a $6.23 billion industry in Utah which created 110,000 jobs and reduced, yup you read that correctly, reduced taxes for Utah household by $703.

According to the Outdoor Industry Foundation, outdoor activities like fishing, paddling, camping, hunting, climbing, hiking, backcountry skiing, mountain biking, and wildlife viewing contribute a total of $730 billion annually to the economy, supporting 6.5 million jobs (1 of every 20 jobs in the U.S.) and stimulating 8% of all consumer spending.