Each week, I have the pleasure of joining Mountain Journal founder Todd Wilkinson in our “The Week That Is,” column where we discuss topical events relating to the nation’s capital city and the public land West. On Monday’s you can read the previous week’s column here.

In this edition, the conversation turns to the battle over protecting the character of the Upper Madison River in Montana from overuse by anglers and how, more broadly, it raises questions about the real meaning of river conservation.

Read it here > What Does River Conservation Really Mean?

Each week, I have the pleasure of joining Mountain Journal founder Todd Wilkinson in our “The Week That Is,” column where we discuss topical events relating to the nation’s capital city and the public land West. On Monday’s you can read the previous week’s column here.

In this edition we talk Biden’s climate plan, Cheney’s censure and dismissing science unless it serves one’s own political agenda.

Read it here > Situational Truth-Telling in Wyoming And Beyond 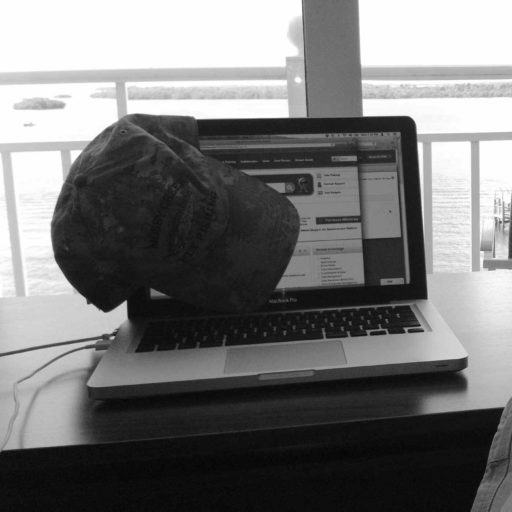 The term “30×30” is rocketing around the conservation community. The goal is to protect 30 percent of the land and water in the U.S. by 2030. Clearly an ambitious goal. In this piece I wrote for the Marine Fish Conservation Network, I look at how the Biden administration’s climate change executive order handled it.

Every Monday I have the pleasure of joining Mountain Journal founder Todd Wilkinson in our “The Week That Is,” column where we discuss topical events relating to the nation’s capital city and the public land West.

This first exchange focuses on the dust-up between US Rep. Liz Cheney, who has a home in the Greater Yellowstone town of Wilson, Wyoming and those loyal to former President Trump.

Read it here > In Wyoming, Will Liz Hold The Upper Hand?

Last month one of my dreams became reality when I picked up a side hustle as Mountain Journal’s (affectionately know as MoJo) National City Correspondent. For those not familiar with MoJo (affectionately know as MoJo,) it’s a non-profit public interest publication at the intersection of people and nature in Americ’s wildest, most iconic ecosystem, the Greater Yellowstone Ecosystem.

With his introductory essay below, Mountain Journal introduces Tom Sadler who brings decades of experience as a writer and veteran of navigating Washington DC policy issues—issues that require thinking and working across political divides. Sadler also has been a business entrepreneur, a fly-fishing guide and conservationist dealing with freshwater and saltwater fisheries policy. He understands the importance of clean water as much as anyone.

Here’s my inaugural article: Meet Tom Sadler, MoJo’s Correspondent In The US Capital City
Monitoring what’s happening in Washington DC has never been more important. for policies shaping greater Yellowstone and the West.

* sorry, I couldn’t resist, the headline wrote itself…

I can only believe that if Range was alive today he would be happy to see that this new administration heralds a better future for those things we hold near and dear. I also believe he would continue to be proud of how his wisdom has lived on and of those who fight the good fight, they are true keepers of his faith.

The following is a tribute I wrote for the News Virginian in 2009. I don’t think I can do any better today and still have tears in my eyes. May his wisdom live on in all of us.