The Chesapeake Bay Foundation’s Chris Moore pens a compelling Op/Ed about the menhaden fishery and what Virginia’s General Assembly should do.

One thing is very clear now that the federal government has backed up the ASMFC and found that Omega Protein put Virginia out of compliance. We need to take politics out of menhaden. This legislative session, Virginia must do the right thing for the environment and let the VMRC manage the largest fishery in the state, just as they do with all the others.”

Source: It’s time to take politics out of fisheries – The Washington Post

Imagine if peace were as ubiquitous as flip flops?

Flip flops are my footwear of choice, maybe yours as well. Simple, easy to put on, comfortable and easy to care for. What’s not to like? Perhaps you even wear them to make some form of sartorial statement.

How about wearing flip flops to make a political statement, and maybe even help change the focus in war zones from conflict to prosperity?

Let me introduce you to Combat Flip Flops and the Unarmed Forces.

“Each day brings tragic events. Decades of radicalism fueled by ignorance create indifference and helplessness. The cycle of violence and injustice continues. As humans, we should have figured this out by now. Can it change?

We felt the same way too.  Asked the same question.  As business leaders, we listened to the rhetoric, and saw the hypocrisy.  As special operations veterans, we ‘defended our freedom,’ and discovered the wars went against everything we hoped for. Through understanding and compassion, we found a new path forward–a mechanism of change.”

It started when I read about them somewhere online. As a veteran, reading about a veteran-owned business caught my attention. Vet’s make flops, I’m in. So, I order a pair of Floperators. They are adorned with this credo: “slow is smooth and smooth is fast.”

“As a species, we have been repeating this insane habit of putting little metal projectiles into one another as a method of foreign policy because our leaders can’t figure out how to do their job. Then they sell it to us as an honorable, massive achievement after we spend trillions of dollars putting ourselves in the same position to do it all over again. Wasting human potential and natural resources through the entire process. When you say it out loud, the absurdity of war should be apparent.”

These cats articulated my worldview and even better were putting products out that walked the talk. They earned my money, and I was proud to join the Unarmed Forces.”

This winter they published Steps Ascending: Rise of the Unarmed Forces. Griffin and Lee, the authors, take you behind the scenes to tell the tale of how they used their special operations training to launch Combat Flip Flops. Even better, they help answer this question they pose in the foreword:

“What if funding for schools in the most deserving and necessary parts of the world could come directly from or be supplemented by for-profit business? What if part of that business model simultaneously activated that same underutilized workforce?”

I promise you that answer is there, and it is worth the read to discover it.

So when you see me wearing floperators or a CFF shemaugh, now you know why.

Fred Ryan gets it right.
“Stable, peaceful societies, governed by leaders who respect the rights of their people, need journalists who can expose wrongdoing and hold the powerful to account. It is no mere coincidence that many of the worst abusers of press freedom are also some of the world’s most dangerous actors.”

I know I am guilty of it and perhaps it is because I think most things that come out of his mouth are bullshit and self-aggrandizing bullshit at that. So I presume everyone is as skeptical as I am.

And a suggestion on how to do better:
“The key to resisting that tactic, according to journalists and media experts, is not ignoring what the president says but adding context, even if it means taking longer to publish a story.”

As reporters and journalists our credibility is the coin of the realm. Let’s not let Trump make us squander it.

As Belichick says, do your job.

The passing of Senator McCain allowed some to hit the pause button and reflect.

“Obama spoke right after Bush. Both had vanquished McCain for president, but got a call from the senator in his waning months, asking them to eulogize him. 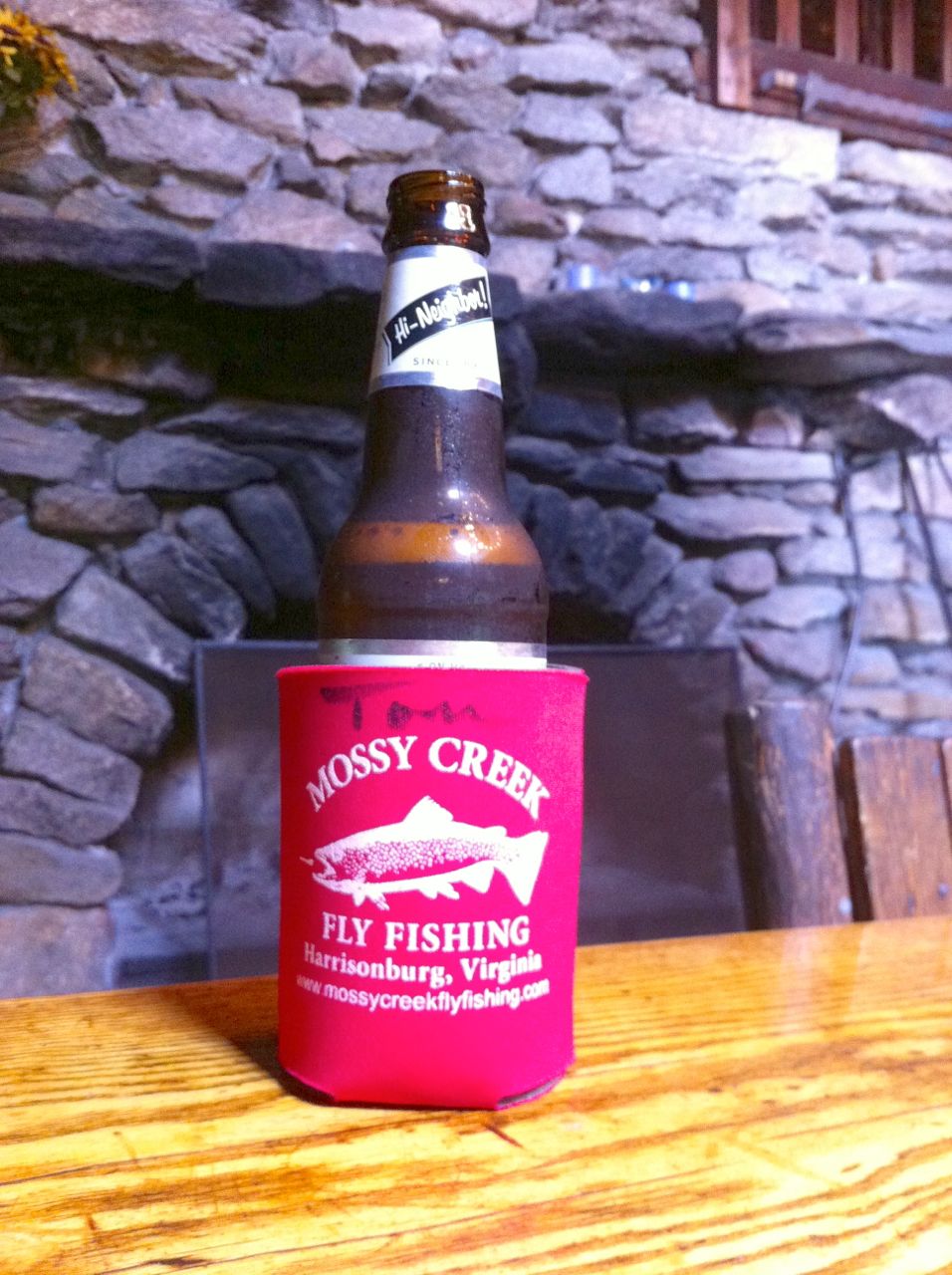 Or coffee. Or a soda. You get the point—it doesn’t matter, just sit here and let’s talk for a few minutes.

At the end of Reed Galen’s piece Hope the High Road there is this call to action:

“Call your friends, your neighbors, your family and your co-workers. Tell them you want to talk politics. Not Trump or Hillary, but the politics of solutions and progress. Have a meal or a beer and ask, what can we do, here and now in our town, on our block or in our district. Then go do it.”

Sounds pretty good, and rather easy in theory, but then comes the asking.

If you are reading this, it is likely you have come to the point that political discourse has made you uncomfortable. And it often feels like that discomfort makes it hard to start a conversation about politics, doesn’t it?

If you spend any time on social media sites like Facebook or Twitter you know the scenario; one person posts a political point of view, the argument starts, and then rages in the thread. Others jump in or out as their levels of outrage, indignation, exasperation, or disgust dictate. These fights are increasingly just political squabbles without reason or content, a smorgasbord of smugness, sneers, and trolling. In the end, no minds get changed, and too often, some feelings get hurt.

In our day-to-day real lives, we rarely stop what we are doing and engage in this sort of behavior—perhaps social media, with the protection of the computer screen and keyboard, give us a sense of security to expose our more argumentative tendencies. Sure, we argue and debate, but rarely when sitting face to face with someone would we devolve to the behavior we see online.

The fallout from this type of behavior found online is that people don’t want to engage in essential discussions around tough topics like politics. They fall back to tribal beliefs, nurtured by the two parties, and relegate politics to an unpleasant task or conversation to be avoided.

When that happens, you become part of the base—subject to the dog whistle behavioral signals and counted upon to vote the straight party ticket. That reinforces the notion that the status quo cannot be changed: So why bother? Why engage in the dirty pettiness we see in politics today? And who would blame you?

But by avoiding that political conversation, you surrender to the party and let them put their interests ahead of yours.

If you think the country is headed in the wrong direction and that our elected leaders are not doing enough to change it, then you have to be willing to engage in politics. It is time to start electing leaders who are not wed to the tribal politics of the two-party system. By engaging in civil discourse, you can help make that happen.

The way you can do that with other people is by acting like you care about the person, and not their politics. Sit face to face with someone over a beer, coffee, or a meal and speak with respect of the other person’s point of view. Show them the SAM Principles and listen to what they say, think, and feel about them.

SAM has provided the leadership for a movement to build a new political party for those left behind by a political system that puts its interests ahead of those of the American people. And, to be frank, that is the easy part. By changing the narrative and engaging in civil, political discussion, I am asking you to take on a more important role.

First, let me tell you about the “first follower” theory and Leadership Lessons from a Dancing Guy from Derek Sivers’ “How to Start a Movement” Ted talk.

In the video Sivers shows a movement take place in three minutes. There is the first guy dancing to the music who is then joined by a second guy. The second guy waves others to join him, and slowly they are joined by others, and at the end, there is a crowd. Sivers narrates the action and offers some intriguing insights on what is happening.

“A leader needs the guts to stand alone and look ridiculous. But what he’s doing is so simple, it’s almost instructional. This is key. You must be easy to follow!

Now comes the first follower with a crucial role: he publicly shows everyone how to follow. Notice the leader embraces him as an equal, so it’s not about the leader anymore – it’s about them, plural. Notice he’s calling to his friends to join in. It takes guts to be a first follower! You stand out and brave ridicule, yourself

SAM, through their leadership, has made it easy to follow. Your role then, is to ignite a spark. To help make civil discussions about politics the music that gets people to dance together. With your help, we can build a new political party for a new American majority. One where fairness, integrity and common-sense solutions work together to achieve real progress for Americans.

So please. Have a beer with me?

If you want a copy of the principles, let me know in the comments and I’ll email you a copy.

Gerson’s article, “The U.S. must punish sedition — or risk more of it” captures much of what is going through my mind at this moment.

BLUF: Time to starve the conspiracy whack jobs and Trump sycophants of oxygen.

“We opposed Trump because we recognized that what he stood for is an existential threat to the American experiment in constitutional democracy.”

More Posts from this Category